Mike Gantzer is a guitarist in the band Aqueous, bringing roaring leads and rhythmic chord progressions to the fore front. Mike works effortlessly with his fellow guitarist David Loss to create guitar harmonies so pleasant they’ll make you smile from ear to ear. 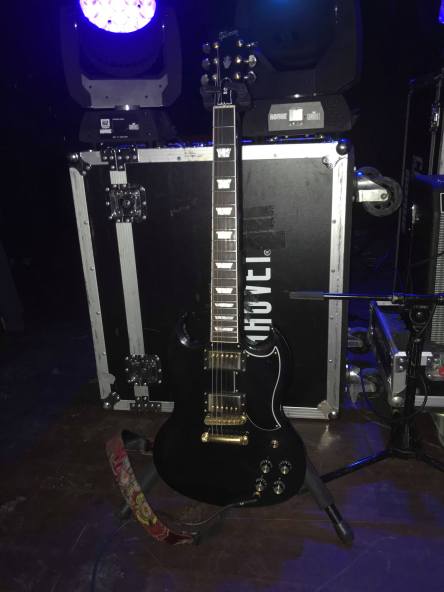 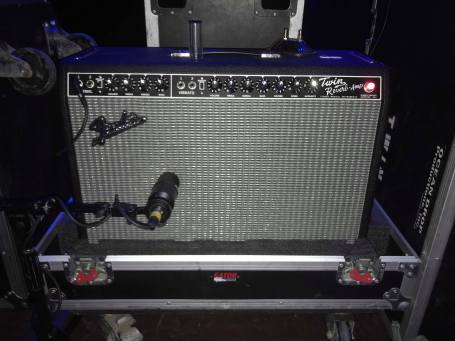 Mike normally runs a vintage Mesa/Boogie Son of Boogie combo amp, but he’s been having some trouble with it after using the amp for all of AQ’s fall tour. He backlined a Twin for their opening slot during the Umphrey’s McGee NYE run, and decided to bring one out in Buffalo as well. 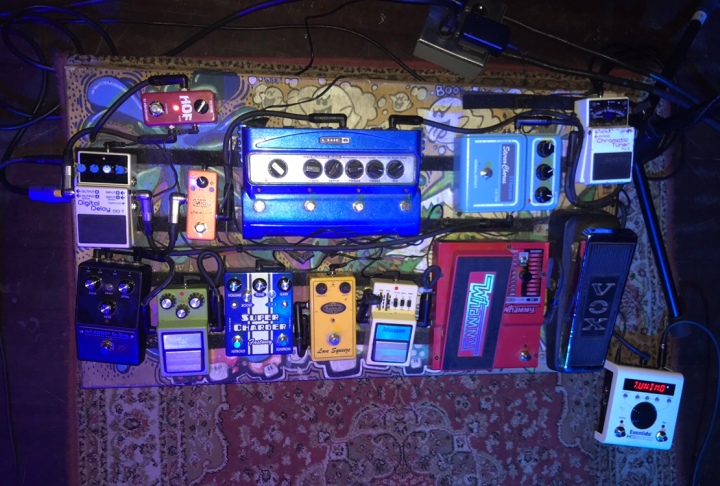 Mike and I have talked previously about his feelings on the Maxon VOP-9 compared to an Ibanez TS-9, and this is what he had to say about the two, “[I like it] SO much more than the Tube Screamer; they’re actually pretty tonally different even though they look similar. [The VOP-9] is beefier, clearer, and warmer, but not muddy at all, which TS-9’s can be sometimes. It has a bit more gain too.”