Jordan Fairless is the bassist of Phoenix-based band Spafford. Jordan brings fat bass bombs and skillful bass playing to Spafford’s rhythm section, as well as strong lead vocals on heavy-hitters such as “Leave The Light On” and “Backdoor Funk”. Check out this fire Leave The Light On from Spafford’s Baker’s Dozen after show, footage courtesy of mkDevo. 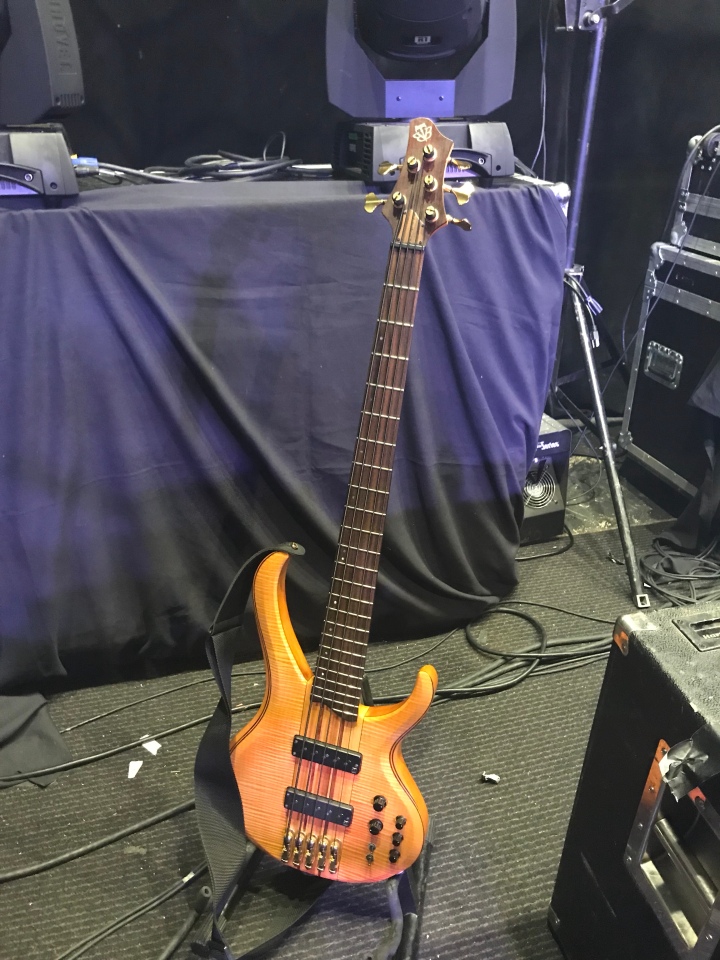 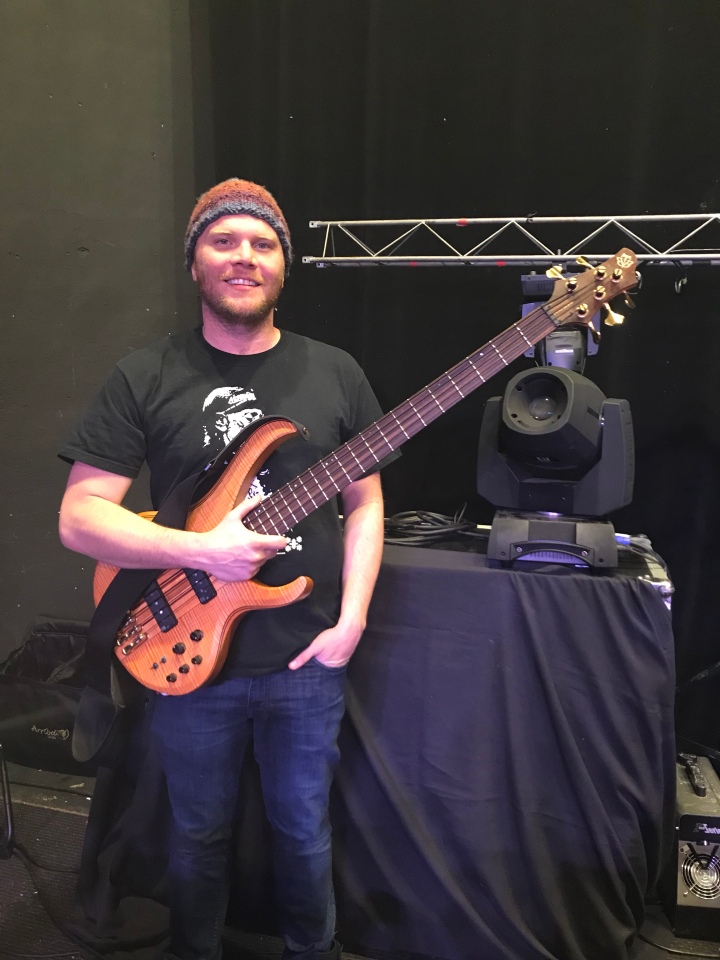 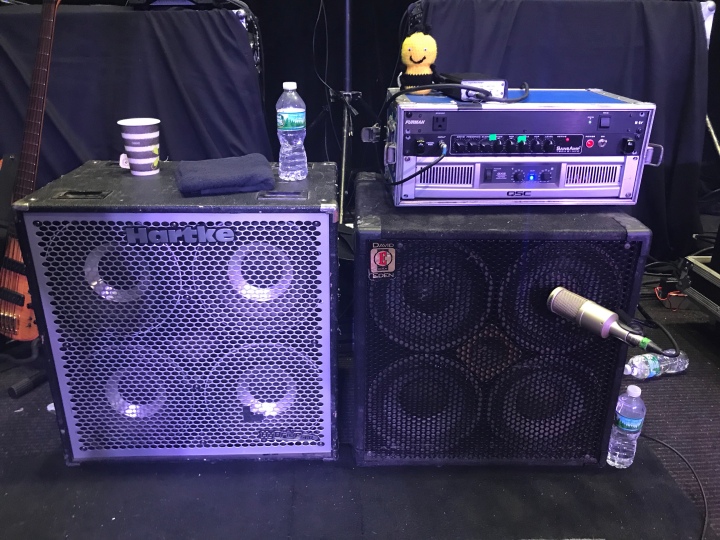 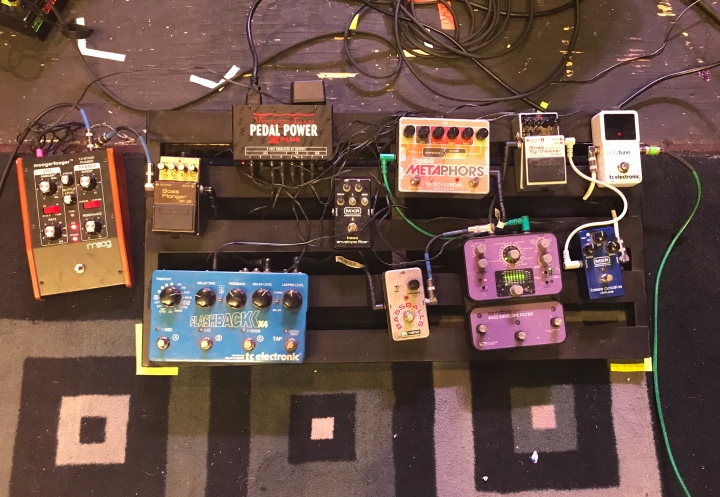 Behind the Gear: What do you feel the addition of the Hartke cabinet has added to your sound?

Jordan Fairless: In and of itself, the Hartke hasn’t neccesarily done that much for me so much as switching my amp so that it is crossed over at 120hz to be able to split the frequency ranges between the 2 cabinets. The Hartke is a naturally bright cabinet so it works perfectly for my playing style as the 120hz and above and now the Eden really thumps the stage. It’s nice to have control over the volume of the frequency ranges and it has changed the way we mic/D.I. everything.

BTG: What are some of your favorite pedals on your board?

JF: Hands down favorite pedal is my Source Audio Soundblox Bass Envelope Filter, it has most of my signature envelope sounds on it and when I thought it died I was devastated. It has so much power to manipulate and change the sounds that there is no way anyone could truly recreate the settings without getting their hands on the pedal itself. Aside from that, I am a big fan of my T.C Electronic Flashback Delay and it is probably my second most used pedal on my board, I really like to use it before the Boss-BF2. for some nice, wet sounds.

BTG: What’s one piece of gear you couldn’t live without?JF: My Ibanez BTB and DR Black Beauty strings for sure, it has been the secret to finding my tone. The bass was a gift from my Grandmother after I broke my old Warwick and needed a serious bass to replace it, it changed my entire life after I got it. I had considered Modulus and other Thru-Neck companies but played the BTB and knew I had found the right one. I started on a different model of the BTB but traded it for the current one. I found I don’t like Bartolini pick ups (which my first BTB had) so I changed my old BTB out for the current one because it had Nordstrand soapbars and I had used them in my old Warwick to get rid of the factory MEC’s and really liked them.