Rick Mitarotonda is the lead vocalist and guitarist, as well as the primary songwriter, for Connecticut-based funk-folk band Goose. Rick has a rather simple set up, but he uses his rig effectively to bring ripping improvised solos and funky rhythm playing to the mix. One thing that really stands out about his rig is his use of the TC-Helicon Play Electric vocal effects processor, which he used for some vocal delays and harmonization on a stellar cover of Crosseyed and Painless by the Talking Heads at this show. Check out the video from this show at the Westcott Theater, as well as this video of my personal favorite Goose song, Arcadia. 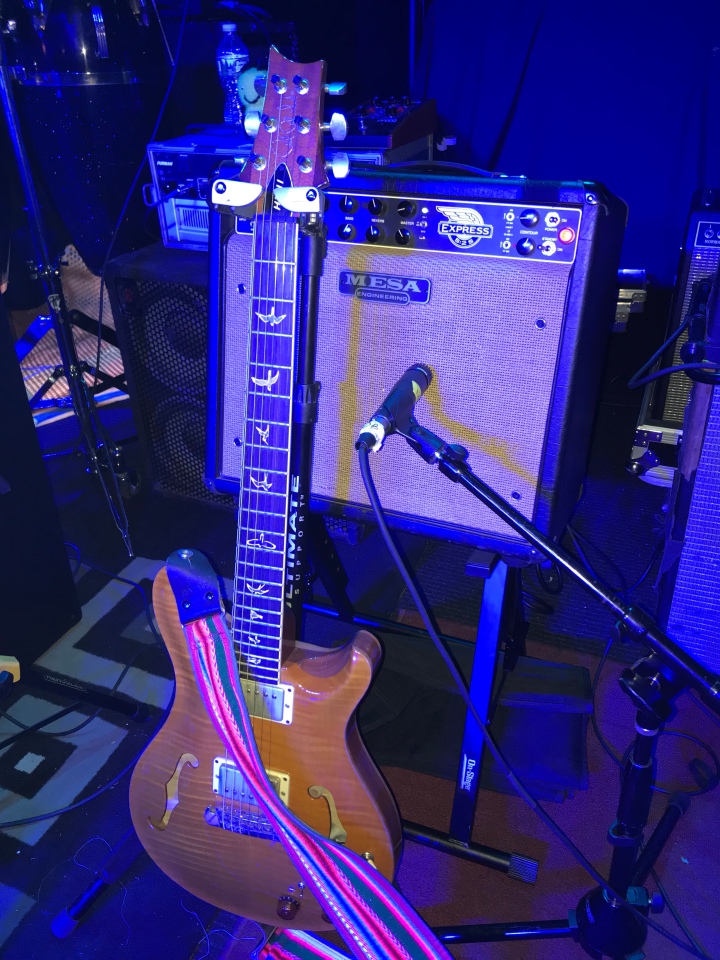 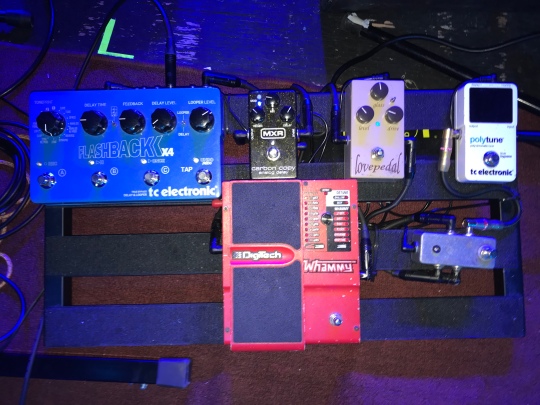 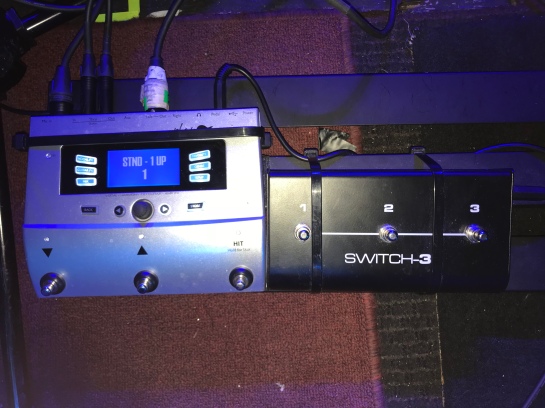 Behind the Gear: You’re one of the few vocalists on the scene that uses a VocalFX box, and you use it extremely well. What drew you to using one?

Rick Mitarotonda: There’s a few artists I’ve been inspired by that make some pretty interesting use of those kinds of effects, the hardtune and harmony stuff. Justin Vernon of Bon Iver and a bunch of other projects and Channy Leaneagh of Poliça are probably a couple of my favorites. I bought one a couple years ago and started experimenting with it, and found over time certain areas of the writing began to fit well with those sounds. There’s something about the hardtune sound I actually find really expressive despite its common connotation. It’s been fun being able to experiment with going in and out of dry and wet vocal signals and building some arrangements around that kind of stuff.

BTG: Do you remember the first time you were exposed to the use of guitar pedals?

RM: That’s actually a tricky one, I remember in middle school I mostly rocked built in gain or channel switches in the amps I was using, and I think the first pedals I got were a couple Digitech guys. I believe a digital delay and a flanger, each with 7 different modes. The jams definitely started getting crunchier at that point.

BTG: Why do you run your Love Pedal and Carbon Copy through your effects loop instead of your regular signal chain?

RM: A lot of the time I’ll run those two together for a lead tone with the Carbon Copy mix pretty dialed back just to thicken things up and add some of its brightness. The idea there was to have those two looped together so I can engage/bypass them simultaneously for a lot of applications.

BTG: What is the one pedal on your board you couldn’t live without?

RM: Probably has to be the love pedal. I remember some years ago when I was trying out a bunch of different overdrives looking for the one, I kept buying things and returning them, finally grabbed that one from the little used section in a Guitar Center in Boston having never heard of it before, and knew pretty instantly playing it it was the one. Something unique about the feel of it that I couldn’t find anywhere else at that time.

BTG: Both you and Peter (Anspach, rhythm guitarist/keyboardist of Goose) use PRS Hollowbody-II’s, tell me about why you chose a HB-II as your main guitar?

Actually a kindof wild longer story about how I wound up with this particular one, but more generally when I was younger my dad took me to the House of Guitars in Rochester and I tried out a whole mess of guitars and for whatever reason, when I got to the PRS section it just felt the best.  Few years later I saved up and bought a CE24 and had some epic times with it. Frequently looking at all their models and private stock stuff online though, I always thought the HB-II was the pinnacle.

BTG: Who are some of your favorite contemporaries on the scene currently?

Honestly just coming off of that Spafford run, it was pretty inspiring seeing what those guys are doing right now. I was taken back at the energy of those shows and how cohesive and focused they are navigating all the spaces they hit. Some serious magic flying around there. A lot of the music I listen to on my own time doesn’t necessarily fall into the jam scene however. I find there’s an overwhelming amount of really creative stuff being made in some of the other contemporary music circles these days not necessarily focused around improvisation or technical prowess. There’s so much out there, and I was pretty late to the party with a lot of this stuff but I’d have to say of the last 5 or 6 years the self titled Fleet Foxes album and sun giant EP, first Alt-j album, and just about all of Justin Vernon’s work, along with a few others, have probably been the most personally influential musics I’ve come across.